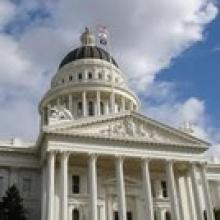 People in the Sacramento area looking for some live music while they eat, drink, or just socialize may wish to check out the following locations in the area. The best way to choose one, of course, is to ask around to see what locals recommend; you may want to ask about one of these venues.

Harlow’s Restaurant and Night Club: Located on 2708 J Street, Harlow’s is a modern club with a classic twist, as it’s named after Jean Harlow and features a few classically inspired pieces in the décor. The cover charge may be as high as $20.

O’Mally’s Irish Pub: It seems like every big city has an O’Connell’s or an O’Shaughnessy’s or an O’Mally’s. If Irish fare and beer are what you’re after, you might want to give this pub a try. The pub is located on 1109 2nd Street and is known for good burgers and a wide variety of beer. The menu isn’t wide, however, and reviewers warn that the crowd can get pretty rowdy on occasion. Another Irish pub folks might want to try is Gallagher’s, located at 1201 K Street.

Blue Lamp: On 1400 Alhambra Blvd., this former nudie bar presents an homage to the Rat Pack and is considered similar to its San Francisco co-club.

Stoney Inn: A favorite to many locals, Stoney Inn is located at 1320 Del Paso Blvd. Formerly referred to as “Stoner Inn” by cheeky jokers, it’s the place to hear good blues music as well as local bands that play alternative rock. Locals warn people to not judge the inn by its appearance, as it seems much smaller from the outside than it is inside. Kids are welcome as long as food is still being served.

Torch Club: Located at 904 15th Street, the Torch Club is considered a decent place to dance and get drinks by many locals. The club only accepts cash, though, so be prepared.